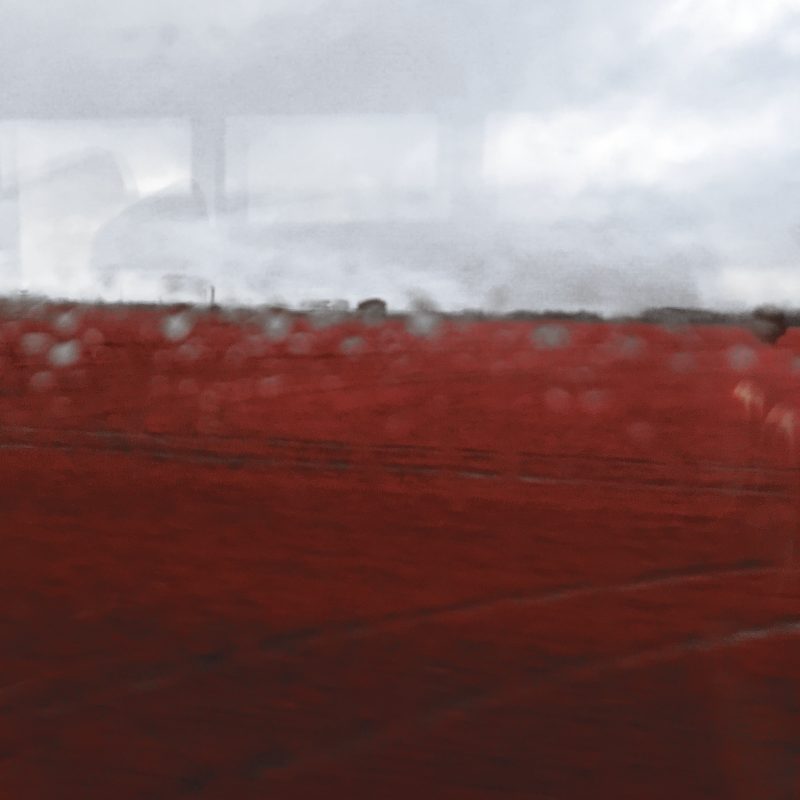 audiophile language is heavy on metaphor, even when it’s written as pseudo scientific “objective” shite. and among all it’s strange features, one of the most unusual is the reliance upon visual adjective. why is it important to deny the ears their own vocabulary? “imaging”, “focused”, “dark”,  “bright”, “colored”, “blurry”, “transparent”, “muddy”, “opaque”, “veiled”… i know there are many more, but perhaps these are typical. it took all of 10 seconds to come up with those, now boilerplate in the hifi media. a great number of theater, or film based, descriptors have also been attached to the audiophile jargon… “soundstage”, “front row center”, “offstage”… the rationale, succinctly put by the L. Ron Hubbard of the audiophile universe, Harry Pearson, was to make a connection to the technical precision of photography. but he left out so much in that apparently tidy little gesture. deliberately so! he was shoplifting some of the intellectual reliance placed on the sense of sight in our culture, as opposed to the messy poetry of the language of sound. what a bunch a wimps! why not just let it all hang out?

to be fair, both Pearson and J. Gordon Holt (the editors of the Absolute Sound and Stereophile), at the time, were initially completely open about the clearly subjective nature of their language. they were attempting to find a way to talk about reproduced sound that had more meaning to john and jane Q. Public, than that used by engineers: “they measure flat, must sound fine”. they did apologize for the gesture, as “accuracy” (yes, a strange and resentful metaphor for what exactly?), was their paragon. but as time has gone on, the motives have been “blurred”. not that it matters any more… not to anyone outside of the decaying old rot of the audiophile perspective. but, it raises an interesting question about language! how do we really talk about sound? what adjectives communicate what? and, if you eliminate the audiophile, what is left?

i am not the first or even anything like a respected industry critic, to call this aspect of “audiospeak” out for the hurriedly constructed morass of marketing it really is… my friend and co-conspirator, joe roberts, first started talking about the “focus on the eyes” hifi jargon, which the media used for talking about sound in the early 90s! it seems so obvious, but it wasn’t to many audiophiles i met. of course it was the 80s that really saw this dispersed throughout the publishing world. fabio also became an audiophile around that time! muscles and hair! the explosion of advertising around the high end consumer electronics business of the 80’s coincided with Boesky and Milken. and Ronald Reagan…! the pinnacle of economic post modernism. “if it’s advertised, it must be true”. the eyes were absolutely more important than the ears, especially in the commercial sense. that hasn’t changed.

because so much of what “music” goes for now is virtual – recorded – and not at all referenced to anything that ever happens “realtime”, and has very little to do with actual people doing something with their hands, well – okay they use their finger tips on a touch screen or keyboard (not a piano keyboard) – the exclusion of reality must have some interesting effects on the language we use, to describe the way things sound to one another…?! i can’t make much more than a few general observations at this point so don’t hold me to anything hard and fast just yet… but i would like to give it a try. maybe just point out a few themes and variations?

“dope”, as in “that shit is dope”. this particular formulation is in usage by contemporary musicians with a regularity that exceeds the usage of the adjective “transparent” by a ratio i would estimate to be at least 40,000:1. probably somewhat more is likely. a noteworthy trend. “dope”, is assuredly positive, but has connotations associated with pushing the envelope. a freshness or expanded relevance in terms of what has already been done. a way to identify a new sound or juxtaposition that is interesting.

“snap”, dynamic, low stored energy, and in yo face! the opposite of “smeared”. a fave of jrob!

“wet”, and of course “dry”… this is not the moisture content of the 70’s, carpet lined drum or vocal booth… or the amount of plate reverb added afterwards, although that is included in the deal. the sound of “space” is what is at stake here. the development since then is the emergence of the computer (the sequencer, to be specific, along with “time code”…) as the fundamental timekeeper of all things musical. sampling, has also modified the meaning too: because digital samples have their “own time”. a great deal of contemporary music is assembled from samples, sometimes with broad differences in pitch and tempo. the broader the spread in a given recording, the “wetter”. this relative “wetness” has a lot to do with what used to go for “swing” (a now quaint and nearly meaningless formulation with the spice of shame hanging over it, in some electronic musical circles…), or how much ahead or behind the clock, the “musician’s” rhythm and timing leans (not much musician there at all, usually… more an “editor” than anything, but that is my opinion. hey! i’m a digital immigrant, not a native).

the experience of space is so utterly connected to the ears, and not at all as obviously the eyes, as one might generally imagine. of course, a great horizon is something only apprehended visually, because it is too far to hear. but anything less than the singularity of a horizon is determined far more by sonic timing cues, than it is by distance measurement by the eyes… a legendarily inaccurate method, in any case (auto focus in cameras is done with sound). space, as Einstein made clear more than a hundred years ago, is irretrievably connected to the passage of time. never one without the other. and, as Sun Ra made clear, space is the place. he was so right on!

just to conclude, highly sampled music which leaves the original timing more or less intact (or deliberately shifted from the beat clock), sounds “wet”, as opposed to the “tight” and clearly “dry” clinging to the inevitable tick and tock. resonance, delay and reverb are all “wet” effects… they add a sense of space with time. but the meaning has been expanded by the editing techniques associated with computers, as well as time shifting algorithms used as effects. time is relative after all… i do think Albert would appreciate Chuck D.

“hunty”, a blend of “cunt” and “honey”, particular to drag queens from nyc. the lowest of the low. embarassing.

“turnt”, you are totally fucking high and stupidly blind (eyes wide shut) drunk, but you haven’t shit in your pants yet… and you are having the best motherfucking instant of your life. the sound of “turnt” is loud and “fucked up”. ecstatically positive, but with the implication of paying a lot for it later. later is just around the bend… so get it while you can.

“party bass”, not really applicable to hifi, but essential everywhere else.

“whomp”, got this one from jrob. it’s a good one for describing the first octave.

“robotic”, used with both positive and negative connotations… but consistent with the industrialization of musical culture from both the hardware and software sides of things. really common usage.

“substantial”, as in exactly what “music”, in the contemporary sense, isn’t. i find this one to be a fascinating metaphor… as in holding out the hope it might one day be “real” (another ambivalent metaphor). this one has come up a lot recently in the northern european scene… especially in connection with large scale horn systems. “the dynamics make the music feel substantial.”

“feminine/masculine”, yes… as politically incorrect as it is to obviously genderize language, it’s done all the time. you don’t hear this formulation used much associated with audio gear in the usa, and i wonder why? the 50 states are as sexist as it gets… and all the language built upon a bedrock of gender based valuation, with the “feminine” always below “masculine”. but you don’t hear many talking about “feminine sound” in either value, not positive or negative, in the hifi world. in both pop and street culture, where sexism is often a defiant feature, you hear it all the time. and it wouldn’t be uncommon to hear sound described as “pussy” or “dope”, as in “he sounds like a pussy“. but it is not common usage to describe audiophile gear openly in gendered forms. “macho” does comes up a lot in auto-sound

since the 45th president was elected, there has been both an increase of an openly sexist american spirit, and a potent feminist blowback… and the Weinstein and Ray Moore revelations have produced spikes of both. it will be interesting to see where this will go?! it’s hard to imagine women in hollywood having as much power to speak out as they do, and so many powerful men get fired! it’s unprecedented and amazing! but the president himself is openly bigoted. and until today has survived with unequivocal support from his government and a large section of the populace.

“mature/young”, yet another asian variation encountered often in Seoul or Tokyo… like good wine, or innocence.

“trashy”, this one is very interesting and complicated. hard overtones of judgmental class warfare, but also flipped on it’s head positive like “take a walk on the wild side”. what does “trashy” sound like? a Farfisa organ, or it’s sample, is often used to convey “trashy”. why, i can’t say… i can’t explain all of this perfectly yet! this is a work in progress. bite me! Lawrence Welk is currently “trashy”… fascinating!

“lit”, it sounds like it’s a visual metaphor, but i like this one precisely because it isn’t! “lit” is a level of intoxication that leads to becoming “turnt”. the eyes are slitted, and one is most likely not ambulatory. the sound of heroin. or, actually, oxycontin (more “trashy”). “lean” (a mix of cola, jolly ranchers and codeine cough syrup) get’s you “lit”, and the sound is something like a q-tip shoved between the capstan and chassis of a teac cassette player blasting missy elliot. or whatever.

“savage”, this is very american, and in constant continual use in musical terms. just live with it.

“p”, pretty. as in beautiful to hear. a pleasure.

“shawty”, or also “shorty”. a girl. a beginner. and, an appropriated sound. from someplace else. super useful.

“trill”, from “truly real”. authentic. communicating a sense of reality.

okay, this is enough for now. it’s just a beginning anyway… as a way to get it out there but also work it over in my head.

i want to thank joe roberts for his contributions to this post. i am using his radical shit to critique this subject… he is the professor of the idiom!

next is constant voltage crossovers… i’m not going to stick that onto the end here.