this will be a quick simple endorsement… something i generally never do, on principle. ideas, sure… people, definitely. but i don’t want this website to turn into commercial schlock. i hate that shit and there is too much of it. i don’t hock gear.

but this is a special circumstance and it’s concerning such a narrow application there simply is no way i am committing any sin here giving a shameless plug for this gadget: the eTracer.

it’s a curve tracer for ordinary people. Chris Chang is the man responsible for this project. and i applaud what he has done.

universities and large corporations – institutions – are who could afford to buy this sort of test equipment in the past… from Tektronix or Quantek, for example. out of the box, they are powerful analytical tools. but they were often adapted to the specialized needs of the user. years later, surplus units have found their way into the hands of individuals… well, Curl had a Quantek for matching quite a few years ago… but on the whole, not many small manufacturers, DIY, or even repair techs had access to this level of gear. transistor curve tracers can also be used for tube testing if you make an outboard heater supply and a variable screen grid supply. even the most expensive curve tracers made for testing semi-conductors rarely have the high voltage supplies needed for multigrid tubes, like tetrodes or pentodes. 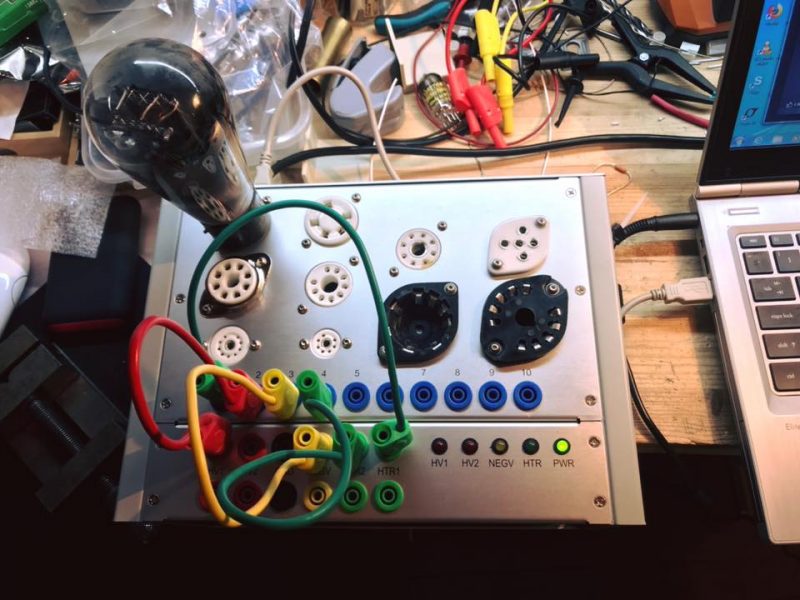 it’s a kit, and you will have to assemble it yourself. but it is very simple and straight forward. it took me two evenings to complete. the price is fair, and the results speak for themselves. Chris regularly updates the software and answers his mail.

i would imagine that most people will want one to add to their tube testing facility… for matching. yes, this will help you do that. i have very strong feelings around the concept and the marketing of “matched” tubes. and i have nothing but disdain for gear that requires matched tubes. it’s lazy and irresponsible. no one should “need” matched tubes… and there was no need for the entire length of the tubed era, right up to 1968, when transistors took over. it’s mainly a way to sell tubes. okay, the differential amp in a Tek tube oscilloscope… sure. in a Marantz 8B? absurd. it’s designed to be adjustable. and to stay that way. any quality push pull amp should have balance adjustments on the bias and the driver stage. modern stuff should be dynamically balanced. there’s just no excuse.

but that’s just me. i use mine to look at failure mechanisms, and how tubes function at the edges of operation. it’s already taught me a lot!

in any case, there is no excuse for anyone who wants to nerd out with a curve tracer anymore. i love my eTracer. go get one! 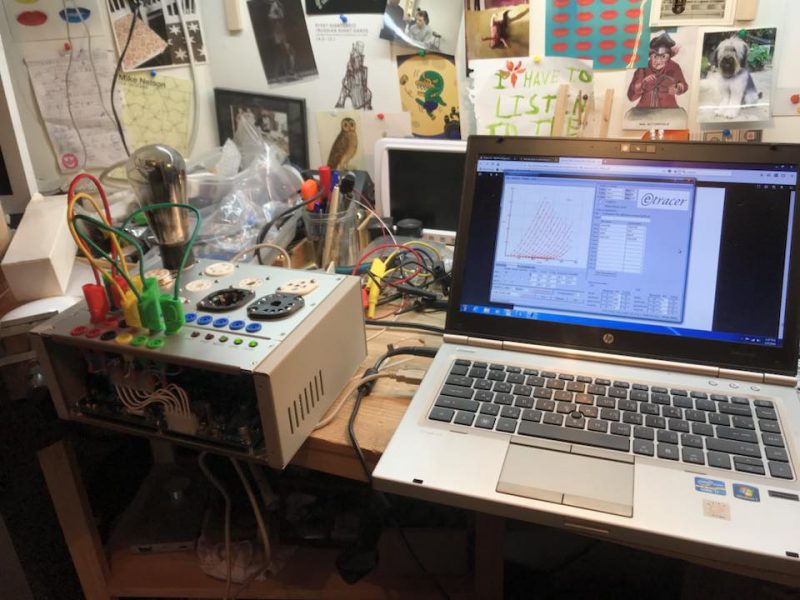 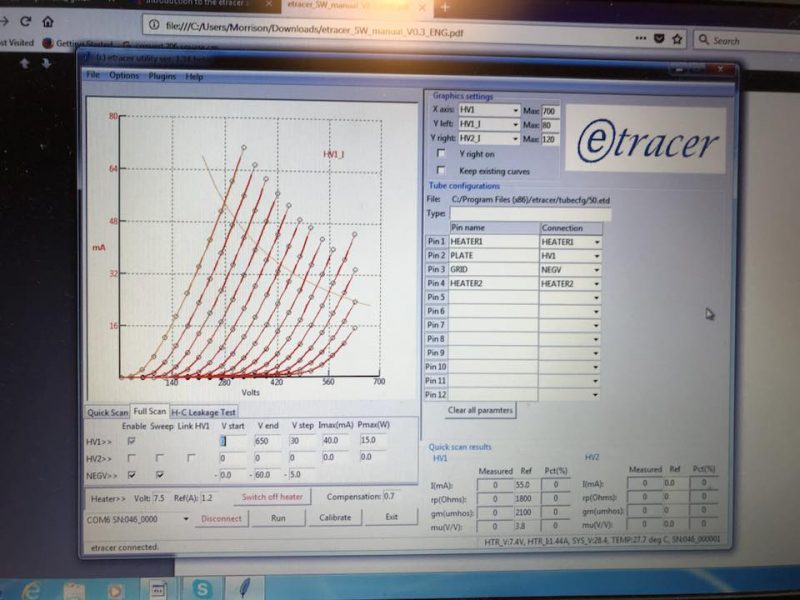