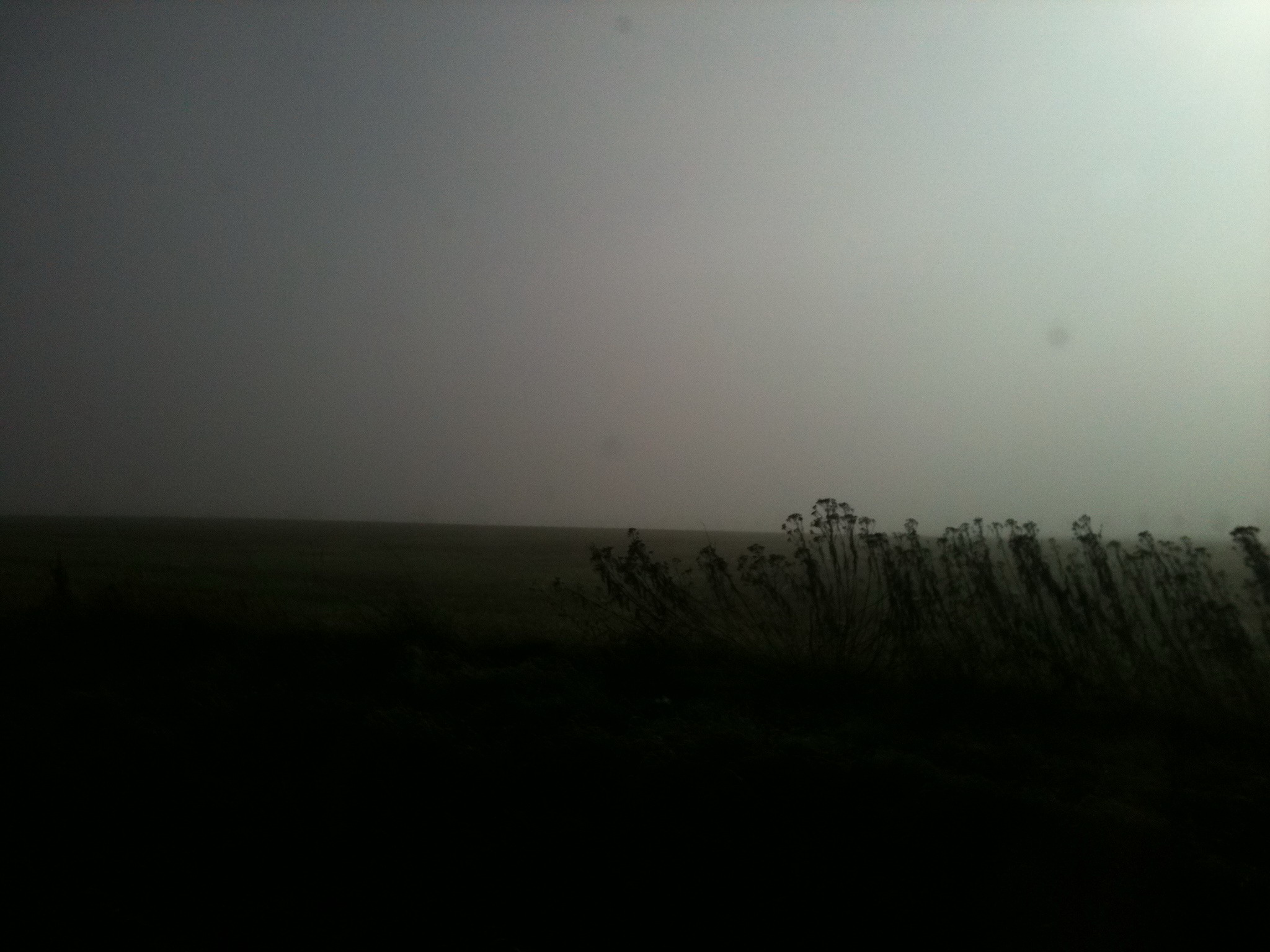 there are so many definitions of simplicity in the analog electronic world that the description is close to meaningless.

on the engineering side, it is generally used to satisfy certain design preferences or bias. rarely is the method “simple”. there are also varying kinds of electrical simplicity in a physical sense. i like the one that involves a simple transfer characteristic with a first order low pass well outside of the audio band. that is not so simple to accomplish, as it turns out. another one i like is integrated functional simplicity, where many jobs are accomplished at the same time with the fewest tricks. such as, using the natural characteristics of materials and devices to accomplish more complex functions… it looks so simple when it’s done and working! before that, anything but simple. how it fits together is absolutely not simple, even though the end result might conform to several different kinds of simple. there are more kinds of electrical simplicity than this. and many other opinions about it, too.

on the advertising side, “simplicity” most often refers to a commercially constructed ideal of elemental “purity” and “innocence” (both equally meaningless in real terms, but dangerous and seductive fantasy words) and is therefore valuable. you know you want it, you dirty humans! this is often portrayed, at least in the states, in a kind of creepy love story between absolute evil and simple innocence. i love that story… my favorite story! blue velvet and little red riding hood. “mulholland drive”, is one of my favorite movies. also. “let the right one in”, in the original swedish.

on the consumer side, “simplicity” is most often connected to physical appearance. things made from unpainted metal that have one switch and no knobs, for example. with a remote made from the same material with the minimum of buttons. for some reason silver or white, reflective colors, seem to have have become markers for “simple” as well. a mirror is simple? your face is simple? you ARE simple? hmmm. just as gloss black is “elegant”, and polished gold is “rich”…  you occasionally see gear that doesn’t even have an indicator that shows it’s on, but those things don’t generally sell well outside of a particular fetish tribe. gadgets with this kind of appearance infer an inner simplicity, that rarely exists. it’s the idea that matters here, not the reality. remember the stereo in “a clockwork orange”?

for the diy builder, and many consumers, simplicity is mainly a mythical quality that is hidden away inside the chassis and the careful choice of certain types of parts. there is an intense sub genre of parts fetishism associated with it. it’s an opaque “black box” kind of quality. “pure”, but also somehow “classical” in a newtonian steampunk sort of sense, unsullied by 20th century relativism or quantum mechanics. and even perhaps more than a little touch of “right”, as in the sense of “correct”, but with an older ozone flavored alchemical feeling around it. a secret “right”, that only a few enlightened minds are privy to… sounds complicated to me!

i suppose i am not exempt from all this, except i have nothing simple to market or consume… i don’t have anything simple to sell! especially not myself. no, not simple. it isn’t simple for me to design or make anything… and i can honestly say i have not put any effort into making it simpler, either. and anyone accusing me of being simple would probably win my heart over, and the right to walk all over me. that would be music for these ears! oh, to be simple for someone! but, sadly (?), it has NEVER happened. i am beginning to suspect it won’t. and, i AM usually right (my wife doesn’t think so).

for the diyer, electronic simplicity has mainly boiled down to a reduction of components. low parts count = “simplicity”. hahhahahahahahahahahhaah! what a ridiculous concept. it isn’t true. that kind of “simple” means simple to assemble! gear with a low parts count is very rarely simple. each component does many jobs and usually not optimally. the character and nature of the materials plays a much bigger part in the performance. the transfer characteristics of each function are much more fixed, and there is less flexibility in operation, even if the range is relatively “wide”. you usually can’t so easily edit or adjust a low parts count design for optimum, and the nonlinear aspects are features whether you want them, or not. often these sorts of gadgets can’t even be hooked up to just any load. that does make your systemic choices simpler as you may be limited in terms of application. this is not to say that simplicity is a myth. just that it’s more complex than a low parts count implies.

think about what happens at the edge of something… anything. it might only be moving wind around a corner, a jewel bearing in a watch, or a piece of rock skipping on a pond. a waterfall. a meeting between two different states. this is a naturally turbulent interaction. a very low parts count for sure! yet, one of the most complex interactions known… something that still challenges physics, math and modeling on super computers today. something that is still studied and the knowledge base is expanding. it isn’t “complete”, in other words, whatever that means…

there is also the simplicity of the fewest possible changes of “state”. many years ago, there was a man who would go to washington square park in nyc on summer weekends with an edison cylinder player. a big one! he dragged it around with an over sized vintage radio flyer, himself looking kinda like a tall wimpy poopdeck pappy. he would play caruso, and valentino accompaniments, flapper stuff, all sorts of fun stuff… i somehow remember “i’ll never see maggie alone” (“there was her mother, her father, her sister and her brother…”). it sounded fantastic! much better than i had imagined and actually within the limits, authentic. behind the scratchy bandwidth limited old mechanical recording shtick, there was a palpable and substantial experience that electronic recording doesn’t have. i am not alone in this judgment. it is an experience shared by sid smith and dick sequerra too. we had this conversation over pizza many years ago. eddy reichert and i have also talked about it. why is that so?

dick’s straight up answer was simple: fewer changes of state between the original energy and the reproduction. less loss, plain and simple. no, the bass and treble were gone… and surface noise was added. but the middle was “closer” to the original by virtue of the simpler chain of transformations. kinetic to storage media, and back again for playback. electronic media requires many more transformations than that! each one losing subtle info that cannot be retrieved. mechanical recording has a sense of audio verite that is built upon it’s simplicity. if you haven’t listened to a victrola or edison player recently, you owe yourself the experience. that is a kind of simplicity. but it isn’t so simple to describe… it also isn’t optimal.

for another example: input, interstage and output transformers are complex components electrically. they add levels of complexity to a circuit in excess of the reduction in parts they allow. this is not to say there is no place for such components! no. just that they are absolutely NOT simple. depending on the quality and application of a transformer, you minimally have added a 4th order filter with large values of parasitic energy storage (some large enough to qualify the trans in question to have as many as 4 more poles). you add time to the process at hand too, and distribute the changes over the audio spectrum in a varying way. this one component could actually be replaced with dozens of other components and still do the same job in the same way. yes, i know. this argument really catches in the craw of many. but it can be demonstrated.

vacuum tubes, because of the simpler physics that underlie their operation, all by themselves, have a “simpler” transfer characteristic than say, bipolar junction transistors. tubes work because of the physics of heated conductors. semiconductor physics, heated or not, rely on much more complex interactions between materials that are themselves modified to express their useful characteristics within carefully engineered ranges. this statement includes a comparison based on the added complexity of the use of coated cathodes for tubes, instead of pure or thoriated tungsten, for example, with P or N doped silicon. coating a cathode with oxides (calcium, barium and strontium are the common ones) employs electrical chemistry that is related closely to the science of semiconductors. especially when things go wrong! but before i go too far down a road in the opposite direction, i want to make a point. there is a big difference between building a machine for a particular job with easy to apply components (op amps, like transformers, are way easier to use than tubes, and have simple predictable results…) than it is to really consider all the relationships between the parts and weave them together in a way that appears to have been “meant” to happen. it still gives me a great deal of satisfaction to consider that the musical instrument business has had a terrible time trying to replace the push pull 6V6 guitar amplifier. they have had 40 years to do it… it just refuses to die and go away. culture is important, after all. that is easy to say, but not at all simple.

i sign off here with an idea for a really simple circuit, that isn’t simple at all. ever wonder what a triode “sounds” like all by itself? here is a way to do it… yes, all those resistors are needed to get the thing to be stable, and biased. and, the op-amp servo, keeps the DC output well under a mV. you could get rid of the servo and DC couple it to a tube amp with a large cathode resistor on the first stage, just to allow for the wandering output… but nothing else. no headphones – no DC amplifiers.

this would make a good non-inverting line stage. or maybe a headphone amp…? it needs a bigger power tube for typical modern phones actually. perhaps a 6550 triode wired? but totally ok for beyer dynamic DT880S (600 ohm) or similar. you could rearrange this with your favorite or maybe some old tube you wonder about… some safety provisions would have to be added to protect the load from offsets or failures… more about this later. actually, i will build this. interesting…

some will complain about it being a cathode follower and that you won’t “really” know what it “sounds” like… fuck you, moron!

here is the gain stage version, although it inverts phase and will have some gain, so you still won’t know what it “really” sounds like… since whatever goes in, will still be transformed into something else afterwards. so fuckin there!

the bypasses and compensation are probably absolutely necessary and tube dependent. yes, it’s so simple, you will have to treat every tube you put into it as a unique situation and opportunity. not a one size fits all kinda gadget. but fun… totally fun!