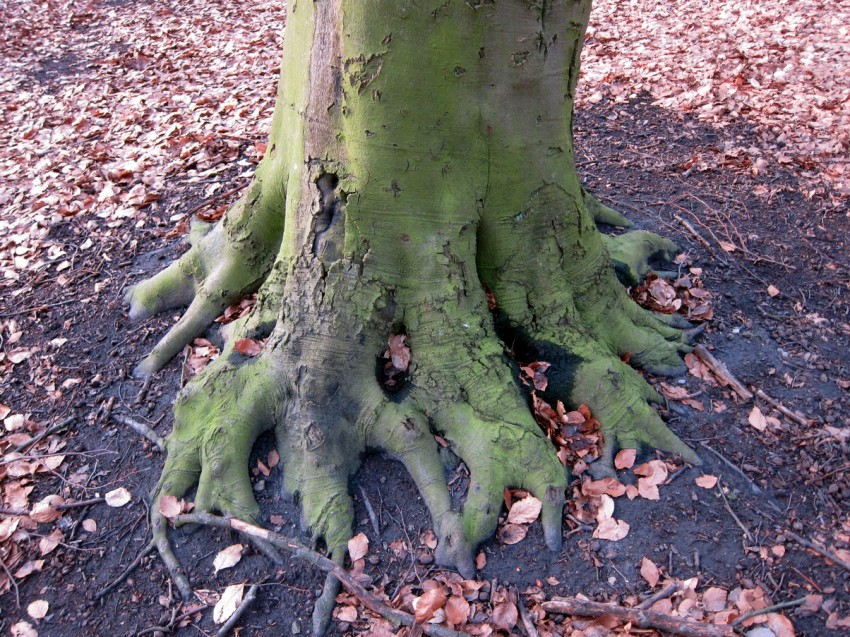 of all the various ways to use error correction, my favorite is negative current feedback. it does everything negative voltage feedback does but the bandwidth is transformed quite differently. it is a bit harder to calculate and compensate than an equivalent negative voltage feedback arrangement, but not so much that you can’t muddle through it trial and error. and if you are handy with SPICE, its easier still, although the last few yards will definitely be be crawled alone in the analog world. it sounds more open and less “tight” than using equivalent amounts of negative voltage feedback… although this is hard to generalize in every case. given the same tubes and parts, i can usually make a CFB circuit i am happier with than a voltage FB circuit these days.

a word about spice: i owe dave slagle and stephie bench a great deal of warmth and gratitude for helping me get over my fear of computers and spice! without them, i would never have taken the trouble… the intact audio website and forum are invaluable resources for the DIY hack. dave has been to my home and taught me what went where, and i wouldn’t have bothered if he hadn’t. i think it was the semantics that gave me the most difficulty. it’s not intuitive for a non-math bat like me. i am more of a 1930’s kind of tinkerer, in terms of terminology. but i’ve been using it to figure things out for about a year now and it has helped a lot. i don’t know how i ever worked before! well, of course i did just fine, and for all this time though… it is NOT a replacement for prototyping or pen and paper. in fact, it is surprising how off it can be for certain calculations. but for DC operating points and even inductor/cap calculations – whew! what a help.

here is a basic triode based CFB driver suitable for a 300B amp. i have a few examples to show… the basic idea for this comes from the 1964 philips technical bible “Precision Electronics”, and the copy i have is XEROX. it’s easy to find in dutch… i’ve made it direct coupled, and used a CCS for the second high gain stage and some small finesses for what comes after. the floating ref tracks the output voltage, which is an important safety feature as well as getting rid of the cap.

in this picture is a prototype DC coupled arrangement, using a 7062 and 5687 dual triodes. the schematic is below… the extra triode (U4)  is used as a floating reference for direct coupling to the output stage.

here is one awe inspiring scope shot. 100KHz X/Y, 50 volts per division. you should be impressed…

very generous swing at that

frequency with that kind of fidelity with so little phase shift with so few parts: that’s

too modern for you? it can easily be done with old stuff. look at this: 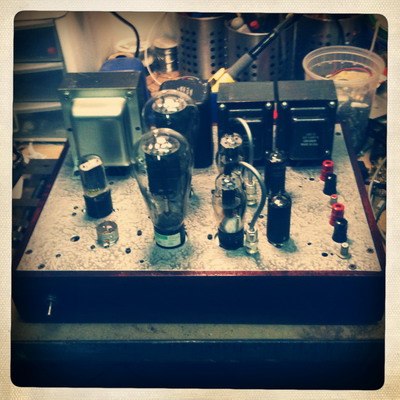 this used to be the 71A linestage  and then crossover i used years ago. i have tested and blown up several whacky circuits in this case over the years. then it became a prototype for the silbatone 300B sig ref. i pulled off the wooden base and shellacked it. sprayed some hammertone grey on there…. i am making a mahogany cage for the transformers. lila is sewing a japanese fabric lining for the cage! i’m really excited about fabric and phenolic… and a new chassis idea. anyway, this is practice for something new and different, hopefully. its weird to rebuild one chassis so many times but the shoemakers children go without shoes! this is the first amp i made just for myself in 18 years!

okay. that’s nice. but how about really fucking nice?