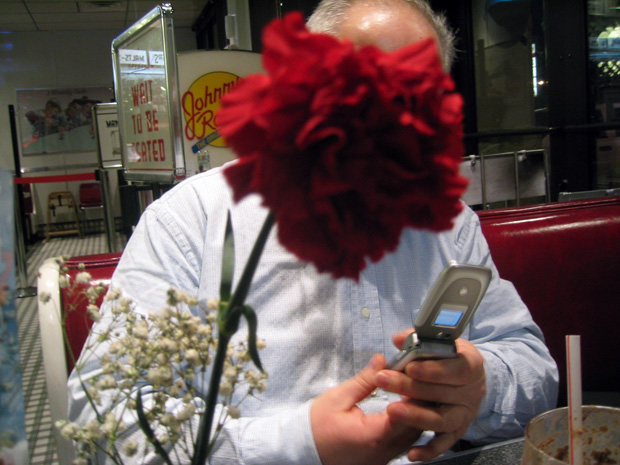 in the middle 1960’s, jean tinguely and robert rauschenberg began a series of discussions and collaborations with the swedish electrical engineer, billy klüver. rr then founded E.A.T. (experiments in art and technology). the idea was simple; art and science are completely and un-necessarily far apart. get em together… its debatable they really had any meaningful impact on art making or science, but they tried. maybe, you could say they were ahead of their time? through their foundation, they asked artists to do a more integrated kind of work and hooked the willing up with experts in other disciplines. i actually was hired by billy to repair two tinguely sculptures (one with an AM tube radio, and the other a photo cell switch driving a fan) for rauschenberg about 10 years ago. these were small things from that early time. i loved the work! and hanging out with billy was inspiring.

the thing about the tinguely sculpture with the radio… it was a kind of self destructing robot, with a motor that both rotated the dial (i adjusted it to swing from the yankee games to the religious right-wing puke heads, with lots of heterodyning and glitchy speech in between), and wobbled it in a syncopated jaunt. it had a fragile, vulnerable quality that was both non-mechanical and yet utterly broken in terms of any humanity. so sad, complex, and yes… beautiful.

so, in some important way, they were onto something. says i.

when i had the loft (in hoboken) i built a light controlled oscillator (RC phase shift osc. with 3 LED/optos driven by another single opto/amplifier with the photocell installed in a paper towel tube. i made another paper towel tube with a simple photo switch that shorted out the output of the oscillator. then i played the whole business in the dark with sparklers (like playing drums). the one tube was the gate and the tube other was the frequency. my only mistake was i did it indoors… its easy to forget in a loft that size. it took a week for the sparkler smoke to really leave my home. my bed smelled like brimstone for a month. it was magic, however. hard to describe now what it sounded like exactly… lots of people would have run for door. it was arpeggiated gaussian decays, bouncing balls of glitchy howling monosynth. i will build a better one one day. it lasted one performance.

i didn’t realize how much of an impression, – no, make it more like a dent – that this thinking had left in me. but its obvious now.